When To Join & Fees 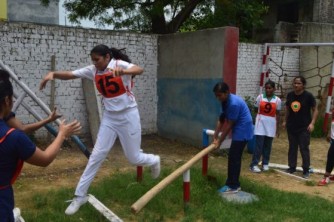 The Cavalier displays the answer key to both nda and cds exam within 48 hours from the date of upsc exam. The candidates virtually know their result within 48 hours of the exam. however,the candidate applying for other entries dont have to wait for any written exam results.

It is advisable to take the ssb interview coaching soon after the UPSC written exam or soon after filling form for other entries. The common reason given by candidates for delaying the coaching is that we will not be fresh with their preparation if the ssb interview is scheduled after a few months of coaching.

this is a misplaced apprehension ! "EDUCATION NEVER GETS STALE". the advantages of taking coaching early or as soon as possible are:-

THE CAVALIER has a 15 days schedule starting each Sunday. Some candidates may find Themselves in a position of not being able to join on a SUNDAY. These candidates can join in between as well and the FACULTY will take care of completing their course in the best possible manner.

In addition to normal SSB, candidates who have opted for the Flying Branch of the Air Force have to compulsorily undergo Pilot Aptitude Battery Test. This test is conducted at all the Air Force Selection Boards at Mysore, Dehradun and Varanasi. A candidate is allowed only one chance in his lifetime to appear for this test. Once a candidate is rejected, he is deemed to be permanently unfit for selection into the Air Force in the Flying Branch. Likewise, a candidate who passes PABT but fails in SSB Exam need not appear again for PABT when he appears for SSB next time.

The purpose of conducting this test is so ascertain whether the candidate has the requisite aptitude to become a Service Pilot. A pilot’s job is very demanding and it is very vital for him to posses the basic qualities like concentration, ability to undergo stress, ability to monitor and carry out various tasks at the same time, and also posses an analytical mind, good reflexes and coordination of limbs.
PABT is carried out in two phases- Written Tests known as INS-B, and the Machine Test. We shall first deal with the written tests.

The written part of PABT consists of interpretation of cockpit instruments. You must understand that a pilot flies an aircraft basically by looking outside and taking reference from the visible horizon (the horizontal line separating the sky and the earth) to ascertain whether the aircraft is flying level, climbing, descending or, turning left or right. But during night due to poor visibility conditions, or while flying through clouds, the ground and the horizon may not be visible to the pilot. In these conditions, the pilot has to look inside and interpret the cockpit instruments   to determine whether the aircraft is flying level, climbing, descending, or turning to either side. The written test (INS-B) is designed to determine whether the candidate has the ability to monitor a number of instruments at one time and quickly interpret and extract the required information. It is conducted in two phases.

Reviews of When To Join & Fees