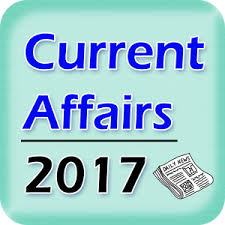 1.Government has exempted the residents of Jammu and Kashmir, Assam, Meghalaya and citizens above 80 years from mandatory quoting of Aadhaar to obtain PAN cards and file tax returns. In a notification, the finance Ministry said, the exemption has been given to an individual who does not possess the Aadhaar number or the enrolment ID.

2.Delhi High Court has declined to stay the income tax proceedings against Young India Ltd. In the National Herald case, which involves Congress leaders Sonia Gandhi and Rahil Gandhi. A bench of Justices S Muralidhar and Chander Shekhar asked the company to approach the Income Tax assessing officer, after which the firm withdrew its petition. Young India had approached the high court seeking a direction to stay the income tax proceedings and quashing of notices against it with regarding the assessment year 2011-12. Earlier, a trial court had allowed an investigation in the case, which was challenged in the Delhi High Court.

3.Supreme Court has said the practice of triple talaq is the worst and undesirable form of dissolution of marriages among Muslims, even though there were schools of thought which termed it as legal. This observation came on the second day of continued hearing on the matter. A five-judge bench headed by Chief Justice of India JS Khehar has begun hearing petition challenging the practice of triple talaq. The petitions that have been filed in the past two years by Muslim women, who have been affected by the practice of Triple Talaq, has prayed for the abolition of the practice as it was discriminatory and biased and violated their right to equality.

4.A seven-judge Constitution bench of the Supreme Court headed by Chief Justice J S Khehar has sentenced the Calcutta High Court judge, Justice C S Karnan to six months of imprisonment for repeated incidents of contempt of court. This is the first time that the Supreme Court has sent a high court judge to jail on charges of contempt.

6.National Technology Day was observed across India on May 11 to mark India’s technological advancements. The theme for National Technology Day 2017 was ‘Technology for inclusive and sustainable growth’. The day is commemorated to celebrate the anniversary of first of the five tests of Operation Shakti (Pokhran-II) nuclear test, held on 11 May 1998 in Pokhran, Rajasthan.

7.The centre has asked all internet service providers to prevent the distribution and transmission of child sexual abuse material into the country by implementing the Internet Watch Foundation (IWF) Resources by 31st July. Ministry of Women and Child Development has issued an interim order in this regard. IWF maintains a dynamic global list of websites and URLs which contain Child Sexual Abuse Material (CSAM).

8.Prime Minister Narendra Modi has said the biggest challenge to sustainable world peace is from mindsets rooted in hate and violence, and not necessarily from conflict between the nation states. Speaking at the International Vesak Day celebrations in Colombo, Mr. Modi said, he firmly believed that Buddhisms’s massage of peace was the answer to growing arc of violence all over the world.

9.India has received a stay order preventing Pakistan from executing the death sentence awarded to the former naval officer Kulbhushan Jadhav from the International Court of Justice at The Hague. India’s team of lawyers led by senior advocate Harish Salve accused Pakistan of gross violations of international laws. They also pointed out the violations of the Geneva convention that deals with Consular relations.

10.Emmanuel Macron has been elected French President. He defeated Marine Le Pen, a far-right nationalist who threatened to take France out of the European Union. Macron, 39, will be the youngest president in the France history.

11.In South Korea, Moon Jae-in has been declared winner in the presidential election. Moon will replace the ousted President Park Geun-hye, who was ejected from office in March after a corruption scandal for which she’s awaiting trial.

13. The Appointments Committee of the Cabinet has approved the appointment of 1982 West Bengal cadre IAS officer Sanjay Mitra as the next defence secretary. He will have a fixed tenure of two years. Prior to this appointment, Mitra was the secretary in the ministry of road transport and highways.

14.Union Public Service Commission, UPSC has decided to share online scores of candidates taking competitive exams to boost hiring. In a statement, the Commission said the publicly available scores will act as a useful database to other employers to enable them to identify employable candidates. It has decided to disclose information like marks obtained and educational qualifications of candidates who appeared in the final stage of examination but were not recommended. These details will be linked to the Integrated Information System for Public Recruitment Agencies – a dedicated website being developed by the National Informatics Centre.

15.Light combat aircraft ‘Tejas’ has successfully test-fired and air-to-air missile, paving the way for powering the indigenously-built aircraft with missiles having beyond visual range (BVR) capabilities. The test-firing was conducted on a manoeuvrable aerial target at the interim test range at Chandipur in Odisha. The Defence Ministry said that the objective was to assess the integration of the BVR missile with avionics, fire-control radar, launchers and missile weapon delivery system to Tejas. The Ministry said, all on-board systems performed satisfactorily during the launch and the missile scored a direct hit on the target destroying it completely.

16.The Reserve Bank of India, RBI has said, the introduction of Goods and Services Tax (GST) will have economy-wide ramifications and holds the best bet for state governments to improve their finances without cutting productive expenditure.

17.The Government has decided to give reference to domestic producers of LED (light-emitting diodes) lights in procurement for government projects. LEDs are considered more energy-efficient. Mr. S K Marwah, director, Ministry of Electronics and Information Technology, while speaking at ‘LED Summit’ in Mumbai said domestic manufactures will get 50 per cent preference in government projects.

19. Jhulan Goswami has become the highest wicket-taker in one-day internationals in the Women Cricket Category. Goswami has so far taken 181 wickets in 153 matches. She has broken the world record held by Australia fast bowler Cathryn Fitzpatrick.