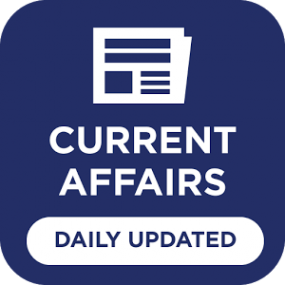 1. India has successfully test-fired indigenously developed long-range surface-to-surface ballistic missile, Agni-5, off the Odisha coast. The state-of-the-art missile, developed by the Defence Research and Development Organisation DRDO, was test fired successfully from the Abdul Kalam Wheeler Island at 9:54 AM. The three-stage solid propellant Agni-5 missile has a strike range of over 5,000 kilometres and can carry a nuclear warhead of more than one tonne.

2. India Ratings and Research projected the country's economic growth to improve to 7.1 per cent next fiscal from 6.5 per cent this year, buoyed by robust consumption demand and low commodity prices. In its outlook for 2018-19, the agency said there will be a gradual pickup in growth momentum owing to struc-tural reforms like GST and Insolvency and Bankruptcy Code in place. India Ratings, a subsidiary of Fitch Ratings, further said GDP is expected to grow 7.1 per cent year-on-year in 2018-19.

3. Manav Thakkar climbed to World Number 2 in the boys' under-18 category while Diya Chitale rose to Number 5 in the girls' under-15 category in the Inter-national Table Tennis Federation rankings. Thakkar's jump has been particu-larly phenomenal as he moved from 18th to his current position. An ITTF release said, the top place is within striking distance, which will become India's moment of crowning glory. He has also broken into the top-15 in the boys' under-21 rankings.