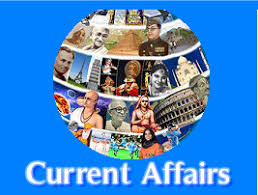 2.The candidates fighting election will now have to declare their as well as spouse’s sources of income while filing nominations. The government has amended the Conduct of Election Rules to include a fresh column in the affidavit relating to the source of income of self and spouse. The Election Commission is of the view that it will bring transparency in the election process. The new rule has been recently notified by the Law Ministry. The Commission had approached the Law Ministry in this regard last year.

3.The Union Government has come up with new regulations that ban the sale of cattle for slaughter. The central regulation for cattle protection has been notified under Prevention of Cruelty to Animals Act of 1960.

5.Former Punjab Police chief, K. P. S. Gill, who tackled militancy in the state, died of cardiac arrest at Gangaram hospital in Delhi on 26th May. He was 82. In May 1988, he conducted the Operation Black Thunder-II with precision and transparency, without evoking public protest to combat militancy.

6.In England, a suicide bombing was carried out at Manchester Arena in Manchester, after a concert by American singer Ariana Grande.

7.Leaders from the group of leading industrial nations, the G7, have called on internet giants to crack down on extremist content. They warned internet service providers and social media companies to substantially increase their efforts.

8.Ravichandran Ashwin has won the international cricketer of the Year Award at the CEAT Cricket Rating International awards 2017. Ashwin has taken 99 wickets in the past 12 months.

9. Indian’s campaign at the Sudirman Cup ended after they went down 0-3 against top seed and ten time champions China in the quarterfinals of the mixed team championship in Australia. Indian’s mixed doubles pairs of Ashwini Ponnappa and Satwiksairaj Rankireddy put up a gritty show to challenge the World No. 2 pair of Lu Kai and Huang Yaqiong, but were beaten 16-21, 21-13, 21-16. In men’s singles, India’s K Srikanth was defeated by Olympic champion Chen Long.

10. Ravinchandran Ashwin has won the international cricketer of the Year Award at the CEAT Cricket Rating International awards 20017. Ashwin has taken 99 wickets in the past 12 months.