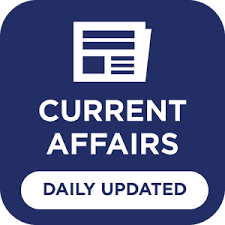 1. Prime Minister Narendra Modi inaugurated Phase 1 of the Roll on, Roll off (RO RO) ferry service between Ghogha in Saurashtra, and Dahej in South Gujarat which shall reduce the travel time from eight hours to over an hour.

2. Former Intelligence Bureau (IB)chief Dineshwar Sharma has been appointed as Representative of Government of India to initiate and carry forward a dialogue with the elected representatives, various organizations and concerned individuals in the State of Jammu and Kashmir.

4. Japan's Prime Minister Shinzo Abe has scored a major victory in national elec-tions that returned his ruling coalition to power in decisive fashion. Mr. Abe's Liberal Democratic Party and a small coalition partner together secured at least 312 seats in the 465-seat lower house of parliament, passing the 310-barrier for a two-thirds majority.

6. India's Sourav Kothari reached the finals of the LiteTask World Billiards Championship at the Northern Snooker Center in Leeds, United Kingdom. He wrapped up four games on the trot with complete command to defeat his fellow countryman Siddharth Parikh 7-5.