Interview Management - Dilemma to be Emotional or Logical. 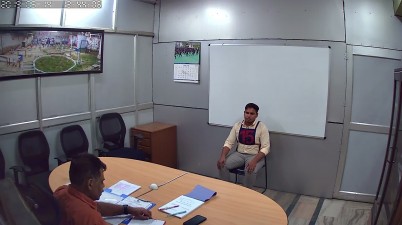 Interview Management - Dilemma to be Emotional or Logical.

There was always a perception that Armed forces believe in EMOTIONS, this thought gained more currency after the movie ' Uri', usage of the phrase " How is the Josh!!!!!!", accentuated this aspect of Emotional approach.

However, in reality, Armed Forces work on Logic, but use Emotions to motivate, encourage and cheer each other ( the way we do it for our teams in IPL,NBA etc). Though We all are aware that training,hard work, discipline, strategy, planning,focus etc that goes behind the scenes is display of prowess of logic.

It is an established fact in the Armed Forces that "JOSH WITHOUT HOSH" is useless.

In my interaction with candidates, especially when I ask them the reasons for joining Armed Forces. I have seen the candidates URGE to impress the IO is very strong and he/ she answers with outlandish reasos e.g. - " I want to put a bullet in Enemy's head or I want to get PVC or I want my body wrapped in a Tri colour. These answers look pretty impressive only in MOVIES or Dramas. In Armed Forces, we do not go on unwanton killing spree.

Such candidates are viewed as immature, insensitive and unreliable.