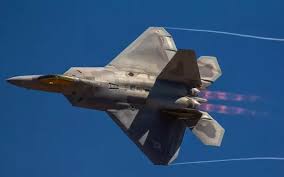 The Background: During the recent past, China has repeatedly shown her dominating attitude, especially towards India and other South Asian nations. In addition, China’s overt and covert support to Pakistan to acquip Pakistan’s military with latest equipment has also acquired new dimensions currently. Presently, China openly supports Pakistan during proceedings of significant international forums. These developments, coupled with long pending border dispute that China has with India, pose new challenges for Indian military. Today, joint offensive by China and Pakistan cannot be ruled out and India must prepare herself for such an eventuality – both strategically and tactically. It is in the context that fire power of IAF has become a cause of intense worry. In recent years, this fire power of IAF has reduced considerably, needing most urgent remedial measures.

The Current Situation: It is well known that till the 1990s, India had superior jet fighters when compared with both China and Pakistan. But, India lost this superiority soon owing to considerable modernization of Chinese military in the recent years. This modernization process of China has also impacted the Pakistani military a great deal. Towards the end of 1990s, IAF duly informed the government that its fleet was ageing and getting technologically outdated. The cost of maintaining ageing fighter jets also increased considerably and serviceability of aircraft also reduced alarmingly.

Presently, IAF flies a variety of fighter aircraft, which include Mig-21, Mig-27, Mig-29, Hawk, Mirage 2000, Jaguar, SU-30 MKI and Tejas. From the point of view of training pilots and maintaining such a divergent fleet of aircraft, IAF is saddled with a very difficult task to keep all these aircraft operational in a battlefield scenario. However, the bigger worry for the IAF is the rapid rate at which it is losing the number of aircrafts on its inventory due to the ageing factor and other technical considerations.

Presently, IAF has been authorized 44 fighter squadrons, while at present, it has a fleet of only 32 fighter squadrons, which is much less than the minimum safe figure of 39.5 squadrons. This situation is specially, worrisome, as by 2022 the squadron strength is likely to reduce drastically as Mig-21, and Mig-27 aircrafts are going to retire gradually. Recently, India has also purchased Rafale aircraft directly and the process to procure some light weight fighters is already on.

The current situation has emerged due to the fact the Mig-21 & Mig-27 aircrafts are now considered not technically adequate to counter the modern fighter aircraft, and there has been considerable delay in producing the Tejas aircraft by DRDO / HAL during the last two decades. Efforts of DRDO to develop Kaveri engine domestically for Tejas aircraft have not been successful, leading to considerable delays. Tejas aircraft currently developed by DRDO/ HAL has GE’s, F-404 engine. As per current estimates, IAF will have 123 Tejas fighter jets by 2024-25. To achieve this target, HAL is in the process of setting-up new assembly line to assemble Tejas. Currently, HAL has the capacity to build eight aircraft per year, but this new assembly line will double its capacity. In addition, India is in advanced discussions with France to revive the Kaveri engine project so that, India can produce Tejas fighter aircraft with indigenous engine as well.

Conclusion: India must go ahead to produce more Tejas aircrafts domestically to replace our ageing fighter aircraft fleet and gradually reduce our dependence on foreign manufactures. In this regard, developing Kaveri engine indigenously will go a long way to build-up India’s capacity to produce new fighter jets. We need to ignore our past performance of assembling Tejas aircraft and work with new zeal to produce more Tejas in a time-bound manner. Meanwhile, we need to expedite the procurement procedure to make light weight fighter aircrafts also available at the earliest for the use of IAF.