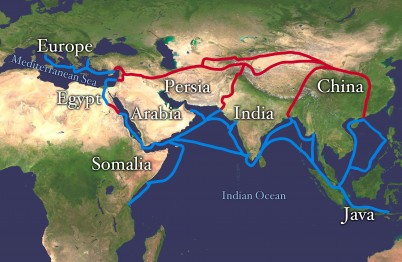 The Background: As the year 2017 comes to a close, the Indian Foreign Policy stands at a cross road. After attaining independence in 1947, India deliberately opted to join the Non-Aligned Movement (NAM) and declined to be a part of the two power groups headed by USA, and the erstwhile, USSR. Since, at that time, India was a poor nation and had to develop substantially both in terms of economy and military power, India decided to take requisite support from both these power groups for securing maximum gains. It also avoided India being drawn into the games of power politics of these groups, and instead opted to focus on her own developmental needs. However, subsequently, due to a variety of reasons, both domestic and international, India came closer to Russia. In fact, even now, a very large variety of weapons and other equipment in the Indian Armed Forces has its origin in Russia. In various other fields of science and technology etc. also, Russia has been proved to be India’s best friend. Russia has been supporting most decisions taken by India in all international forums.

Subsequent Developments: During all these interim years, India has made deliberate attempts to focus on her own interests and, at the same time, maintain a credible balance with US, Russia, and other nations, including China and Japan. Presently, besides US, other countries e.g. China, South Korea, Japan and other European nations have huge economic / commercial dealings with India. During Obama administration in US, India signed the much talked about Nuclear Treaty with USA, which displayed much improved relations between India and US. Leaving aside India-China war in 1962, India’s relations with China have been at a low key. While there have been pin-pricks in terms of China’s covert support to Pakistan, border disputes in India’s North-Eastern state Arunachal etc., China has been seemingly avoiding any direct confrontation with India. Similarly, keeping in view India’s commercial relations with China, India also did not much annoy China. However, things did undergo a change in the recent past.

Current Situations: During the last three years, the Indian government has willingly opted to come closer to USA and consequently, after a series of meetings between Indian PM and US administrative, a number of agreements, both economic and strategic, have been signed between the two governments. US has assured India that she would support India in keeping a definite check on terrorist activities sponsored by Pakistan. US has also agreed to support India in terms of indirect military support as well, if needed. Consequently, Russia’s strategic support to India has suffered a set-back in this bargain. Of late, India’s Foreign Policy has become more assertive and emphatic, displaying much more confidence. As China became more dominating, India clearly showed her valid objections to OBOR and CPEC (China-Pakistan Economic Corridor). India also took a firm stand on the Doklam standoff, even though China withdrew its troops from Doklam owing to her own domestic pressures. India’s neighbors carefully watched the end of Doklam standoff and India’s increased assertive attitude. India is also making effort to improve her strategic relations with US, Japan, Australia and other EU countries to boldly face China’s dominating posture. Has this new approach helped India? The fact remains that during this past four years, India’s relations with her neighbors namely, China, Pakistan, Nepal, Sri Lanka and Maldives have markedly declined. Recently, Russia conducted military exercise with Pakistan for the first time. All these trends should be quite worrisome for India strategically.

Conclusion: In view of the above developments, India’s foreign policy is now leaning towards US. As a result, US has now become India’s biggest supplier of military equipment and provide required economic support. The core issue is: Should India come closer to US at the cost of Russia, who is a time-tested friend? India’s close relations with US may not augur well for India’s good relations with Russia or China. The issue assumes increased significance in view of credibility attached to various promises made by Trump administration, which is known for its vacillating attitude on even various significant international issues. Time only will tell whether this new turn in India’s Foreign Policy will benefit India in the long run?