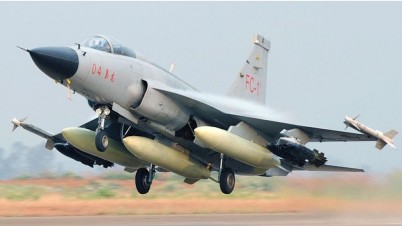 After 33 long years of wait, Indian Military Aviation made history when on 01 July 2016, two Light Combat Aircrafts (LCA) were inducted into the Indian Air force. The project to produce LCA commenced in 1983 and India’s then Prime Minister Shri Atal Behari Vajpayee gave the LCA name “Tejas”, which means “Radiance” in Sanskrit language. The two LCA’s now formed the 45 Squadron of IAF(The Flying Daggers) located in Sulur in Tamilnadu.According to plans, there will be 10 Tejas by the year end, with total procurement to be 200 aircrafts and additional two seaters trainers. Much to the discomfort of IAF, the LCA project got substantially delayed owing to a variety of reasons leading to huge cost overruns. But, better late than never. Tejas will meet the requirement of Indian Navy as well.

After India became independent, the requirement to have an indigenous fighter aircraft was realized, but we lacked the technical know how. As a result, during all these years, India had to spend huge sums of currency to import a number of aircraft from a number of countries, with Russia leading the way.

Initially in 1969, Hindustan Aeronautics Ltd (HAL) was assigned the task to develop a multi role fighter aircraft, but was soon discontinued due to lack of resources. Subsequently in 1983, primarily to replace the MIG 21 aircraft, LCA programme was restarted. This was felt necessary to reduce India’s dependence on other nations in this significant sector of military aviation. Since it was estimated that MIG 21 aircraft, which was the backbone of IAF, would be phasing out by 2005 or so, HAL and DRDO would have around 20 years to make Tejas.Towards this aim, Aeronautical Development Agency (ADA) was formed in 1984 primarily to push the development of LCA. ADA had to coordinate the efforts of various agencies, both civil and military, as no one agency could perform this highly technical task of integrating various aircraft systems. The Gas turbine Research Establishment (GTRE) Bangalore was assigned the task of providing the appropriate engine called “Kaveri” to power the LCA. However, production of Kaveri engine ran into a variety of problems and ultimately, India had to import an engine for the LCA.

Tejas is a single engine multi role aircraft catered to meet the tactical needs of IAF. Its delta wing configuration has been specially designed to increase agility and maneuverability in the air. Its total weight is 8.5 tonnes and it has the capability to carry three tonnes of weapons.

Efforts have been made to keep the aircraft weigh less but strong at the same time. LCA can carry precision-guided munitions, missiles (air to ground, air to air and anti ship), bombs and rockets etc. It can also take required equipment for electronic warfare, drop tanks and could be used for surveillance. The cockpit of the aircraft facilitates the view in all directions and it also has night vision capabilities. LCA has digital fly-by-wire flight control system with excellent integrated GPS and radio communication system. The aircraft is fitted with General Electric engine, while the work to develop Kaveri engine is still in progress. Tejas can fly at a maximum speed of 2205 km/h and at a max altitude of 15200 meters. It has a range of 3000 kms and can be refueled in the air also.

Recently, Tejas displayed its might in an international air show and impressed the audience a great deal. During this show, Tejas pulled more than 8g, and therefore, could be compared with the best in the world in its class. By developing Tejas, India has taken a quantum jump forward in technological advancements in the field of military aviation. In 2014, the government gave out the cost of development of LCA as Rs. 7965 Cr including around Rs. 2500 Cr for the version for Navy.

To conclude, India can now be proud of developing a world-class military aircraft indigenously from scratch. With the induction of Tejas, it is hoped that various other pending military projects would also be pushed forward by DRDO and other agencies.