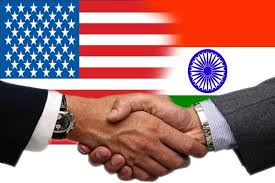 After India attained independence in 1947, we consciously opted to join the group of non-aligned countries. India at that time was not a strong country in terms of economic and military power and not joining any power-group was considered a viable strategy. However, over a period of time, due to a variety of reasons, India became close to USSR and a substantial amount of military equipment was procured from USSR for more than five decades. Most fighter planes for IAF and other military and naval equipment has its origins in Russia even today. However, consequent to turmoil and break up of USSR in 1990s, supply and cost of Russian military equipment to India started having several problems. Therefore, India had to look for other sources to procure defence supplies, as India’s own defence research and development organizations continued to disappoint and frustrate the Indian armed forces. Currently, India is one of the largest weapon importers in the world and it is expected that India will import weapons worth USD 200 billion in the next decade.

Shift in Sources of Acquisitions:

As the cost of Russian military supplies continued to rise and these supplies also become irregular, during the last few years, India procured substantial defence equipment from Israel and other nations as well. Even now, Israel continues to supply vital military items to India and this strategic partnership with Israel is all set to continue. In addition, France is also a significant source of our military acquisitions.

However, during the past two years, US-India defence relations have grown manifold, as Indian PM paid four visits to US during this period. US President also visited India to become the Chief Guest at India’s Republic Day celebrations. As a result, various proposals for co-production of latest defence equipment, increase maritime security, improve counter terrorism measures and intelligence sharing between the two nations, was actively mooted. Meanwhile, China’s economic and military power has increased substantially, and it now poses a strategic challenge to the countries of Indo-Pacific region, including India. Since USA considers India a major strategic player in this very region, cooperation between India & USA has markedly increased to counter a dominating China. In this regard, simmering border dispute between India and China and various aggressive actions of China in South China Sea have been major issues which are in focus.

Currently, besides C-17 Globe Master and Super-Hericules aircraft, India buys considerable military items from the US. In view of the above developments, cooperation between India and USA has taken a quantum jump and currently USA has become India’s largest weapon supplier, over-taking Russia, Israel and France. Defence Trade and Technology Initiative (DTTI), which were first proposed by US in 2012, have been now given a

re-look. Now, there is an increased emphasis on co-production, co-development and transfer of sophisticated technology to India by US. Towards this end, American companies have shown keen interest to cooperate with Indian defence industry- both in public and private sectors. DTTI now aims to strengthen India-US cooperative research, co-production and co-development of capabilities, which are needed for continued up-gradation of Indian military forces as well as growth of our economies.

Under the renewed DTTI, production of latest Unmanned Arial Vehicles, various modules for C-130 J Super Hercules aircraft, mobile electric hybrid power sources and protection gear for chemical and biological warfare were included. In addition, cooperation will be extended between the two countries on jet engine technology and aircraft-carrier design etc. Earlier, India has already approved plans to buy 37 military helicopters from Boeing Company of USA. These include 15 CH-47F Chinook heavy lift helicopters and 22 AH-64E Apache multi-role combat helicopters. This approval has an option to buy additional 7 Chinook and 11 Apache helicopters, making the deal worth $ 3 billion. In addition, contract to buy Ultra Light Howitzers has been finalized and 145 artillery guns will be made in India with having Mahindra Defence and Aerospace, having Mahindra Group as the Indian business partner. India has also expressed desire to buy two intelligence, surveillance target acquisition and reconnaissance (ISTAR) aircraft from US. Even though fairly restricted, US is now agreeable to share defence technology with India while doing co-production of defence equipment. DRDO wants to partner with GE on making engine for Tejas aircraft. All these developments indicate a far greater strategic re-alignment between US and India, and this would impact balance of power in our region.

In Aug, 2016 India and US signed LEMOA (Logistics Exchange Memorandum of Agreement) to strengthen the military ties between the two countries. This agreement would be exclusively used during Authorized Port Visits, Joint Exercises, joint Training and during Humanitarian Assistance / disaster relief efforts. It will be done on case-to-case basis through prior mutual consent within framework of respective laws, regulations and policies of each country. The Logistics support, supplies and services would be in return of cash or the reciprocal provision of logistics support. It dues NOT IMPLY setting up of any military Bases on other countries soil.

Since US possesses advanced and cutting-edge defence technology, India is fairly interested in technology transfer and subsequent US support to keep the equipment and machinery functional. India wants to co-develop and co-produce next generation equipment and weapon systems, and is not in favour of establishing a buyer-seller relationship with US. In this context, the US DTTI and India’s ‘Make in India’ program have much in common.

It is obvious that in the recent years, trust and cooperation between US and India have increased manifold, which would lead to more trade and partnerships between India and American governments and companies. While America wants more trade with India. India looks for technology transfer. USA is quite reluctant to transfer technology and does so to only a few nations, like Israel, Australia and UK etc. India first wants to become self-reliant for its defence needs and later even export defence equipment like China. It is a well known fact that a few years back China was one of the big importers of defence material, but has now quietly become a big arms exporter. India has similar ambition like China in the field of defence equipment.